10 Ways Digital Marketing Has Changed Since 2008

by Justin Spring and Danielle Walton

As Adept celebrates its 10th anniversary as a digital marketing agency, co-founders Justin and Danielle reflect on how digital has changed since starting Adept in 2008.

This year, Adept Marketing is celebrating its 10th anniversary as a digital marketing agency. We’re very proud of this, especially considering the statistics say about 20% of small businesses fail within their first year, and 50% by their fifth. Most stunning of all is the fact that only 30% of businesses will make it beyond 10 years in business.

When we started Adept in 2008, Beyonce’s “Single Ladies” was at the top of the charts and The Dark Knight was the highest-grossing film of the year worldwide. Facebook was growing in popularity, but social media channels like Pinterest, Snapchat, and Instagram were not even yet on the horizon. The iPhone was new to the market, and tablets were still a few years away from being released.

In a nutshell, times have changed.

We believe that part of having a vision for the future includes having the ability to look back. So, in honor of our 10th anniversary, we’re looking back at the top 10 changes that have impacted the digital world since 2008.

We would be crazy to discuss changes to the digital landscape without mentioning smartphones. Technically, smartphones have been around since 1999, but most would agree that the rapid adoption of the iPhone led to the prevalence of smartphones. In 2008, the first iPhone was only a year old; today, more than a billion iPhones have been sold. Digital marketing now relies heavily on smartphones, to the tune of $143 billion in mobile advertising spend worldwide. Ten years ago, that number was just $1.7 billion.

In 2008, Facebook had only been released to the public for two years and closed 2007 with 58 million users. Today it has more than 2 billion active users. Twitter had just reached 100 million tweets per quarter, compared with now an average 500 million tweets sent per day. Even crazier, Instagram didn’t exist, and wouldn’t for another two years. Today, there are 2.8 billion global social media users, and the average person spends nearly two hours using social media platforms each day.

AI is revolutionizing the marketing industry, but not because it’s stealing our jobs (it’s not). Rather, virtual assistants such as Siri, Alexa, and Google have revolutionized the way users search by allowing them to verbally dictate queries to smart speakers rather than manually type. Research predicts that, as soon as 2020, 75% of all U.S. households will own a smart speaker and 50% of all searches will be voice searches. That prediction is particularly mind-blowing, considering that ordering a pizza without ever needing to get out your wallet or phone was literally unthinkable 10 years ago.

Video has proven to be a critical medium for bringing brands to life. The data related to video consumption and engagement is astounding, and it shows that the influence of video is only growing. Back in 2008, adults watched an average of 99 minutes of online video per week. Today, adults watch an average of 82 minutes of digital video content per day, or 574 minutes per week.

In 2008, ecommerce sales represented 3.6 percent of total retail sales worldwide. Today, that number is 11.9 percent, and it is expected to grow to 17.5 percent by 2021. This massive growth is reflected in the development of technology and products that accommodate ecommerce sales. For example, WooCommerce, which now makes up 42% of all ecommerce sites on the entire Internet, did not launch until 2011.

Forget CDs and cable packages: today’s consumers are all about Spotify and Netflix. In 2018, cord-cutting has reached an all time high, but 10 years ago, the source of this phenomenon was only beginning. Though founded in 1997, Netflix only began streaming content digitally in 2007, the same year Hulu was founded. Last April, Netflix announced it has reached 125 million subscribers globally, 45% of which are in the United States. In late 2008, Spotify launched, and since then it has revolutionized the music industry.

Ten years ago, search engine optimization was simply about using specific keywords. Today, it’s about intent: understanding what the searcher wants and building content that solves the problem at hand. This means that businesses seeking to rank well organically must develop smart, useful content that prioritizes the reader over search engine bots. Google has taken steps to change it’s result page to accommodate for user intent. What used to be 10 simple blue links is now a combination of over two dozen types of search result features ranging from the well-known local pack to the ability to estimate your mortgage right in the search results. Google’s ultimate goal continues to be to answer a searchers query as quickly as possible, which means your business must be thinking audience first as well. 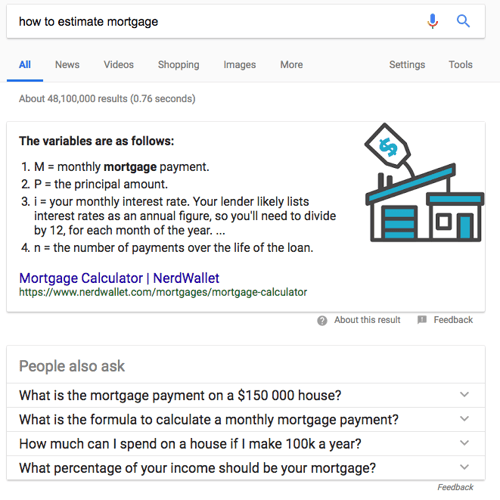 Adept has always been focused on listening to the data, but it wouldn’t be until 2012 that Google would release a tool that we’ve come to rely on for data collection & analysis: Universal Analytics. By introducing new features such as cross-channel tracking and easy management of tracking tags, these releases allowed users to paint a fuller picture of data and more easily implement the tracking code required to collect that data. Bottom line: this gives us better insights into the impact of various devices along the path to purchase.

The impact of mobile is so vast that we couldn’t limit ourselves to just one change. With mobile usage of search engines only growing, Google is now in the process of rolling out mobile-first indexing. This means websites will be ranked on mobile and desktop results based only on the mobile version of the site. If your site, like 60% of small businesses’ websites, is not mobile-friendly, now is a crucial time to invest in updating the mobile experience so that it is not only responsive, but loads quickly, adjusts formatting for optimized readability, and offers simplified navigation.

Marketers are prone to using buzzwords. Buzziest of all is the term “inbound marketing,” the growth of which has been exponential since 2008:

In 2008, the outbound tactic of cold calling was second only to referrals as the number one lead generation tactic. Today, 90% of B2B decision makers won’t take a cold call. In response, inbound as a primary marketing strategy for business has grown from 37% in 2008, to approximately 74% this year. On average, today’s businesses rely on inbound programs to generate 60% of their leads. Today’s marketers must think less like an advertiser or salesperson and more like a problem-solver, driving the need to provide value to the customer.

As we get ready to watch another decade go by, it will be interesting to see how each of these 10 trends continue to evolve. If nothing else, this list proves that the way users interact with digital channels and find information online is constantly shifting.

To that end, we’re working on a list of things we expect will impact digital marketing in the future and what you can do to be ready. We plan to release this list later this month as we wrap-up our 10th anniversary celebration. Be sure to come back to the Adept blog to read all about it. 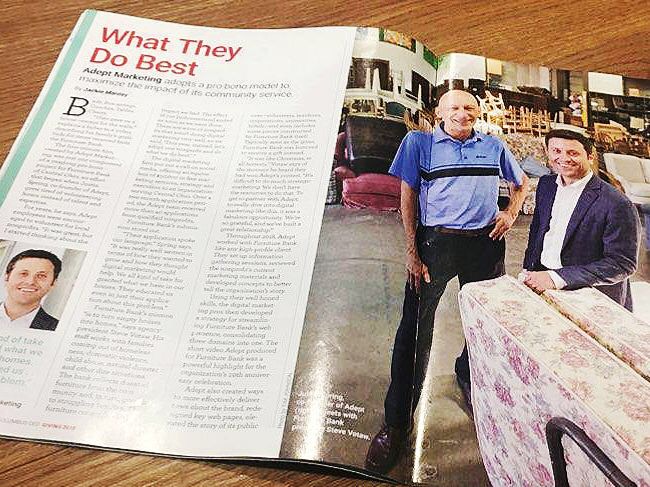 Continuing the Momentum for 2019: Our Partnership with The Furniture Bank of Central Ohio

By Justin Spring and Danielle Walton